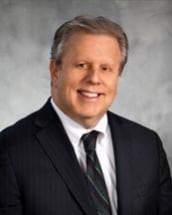 Ben is a life-long resident of the Philadelphia area and is the founding partner of Post & Post LLC. He is the son of Barton L. Post, Esquire, the founder of Post & Schell, P.C. At the age of twelve Ben watched his father successfully defend physicians in a medical malpractice case in Federal Court. This experience inspired in Ben a life-long love of trial work and defending physicians and hospitals which has continued to this day.

Ben graduated from Franklin and Marshall College in Lancaster, Pa. in 1981, and the Villanova University School of Law in 1984, where he was a published member of the Villanova Law Review. Since graduating from law school, Ben has devoted himself exclusively to defense trial work. He tried his first jury trial at the age of 26, and he has tried well in excess of 200 major jury trials to date, the overwhelming majority of which resulted in defense verdicts.

Ben specializes in the defense of physicians, hospitals and other health care providers in professional liability litigation, often involving complex medical and legal issues and catastrophic injuries. Ben has further specialized in the most severe types of complex malpractice cases, and is considered an expert in alleged birth injury cases.

He pledges his complete dedication and availability to his clients, assisting them through all stages of the litigation process. He has consistently been named as a PENNSYLVANIA SUPER LAWYER in Philadelphia Magazine's Super Lawyers Edition and in Pennsylvania Super Lawyers Magazine. In addition, Ben was named as one of the TOP 100 LAWYERS in Pennsylvania in both publications in 2006, 2007, 2014 and 2015. In addition, he was voted one of the TOP 100 LAWYERS in Philadelphia. He is "AV" Peer Review Rated by Martindale-Hubbell, the highest rating for professional excellence in both legal ability and ethics. He is listed in the Bar Register of Preeminent Lawyers, and in Best's Directory of Recommended Insurance Attorneys.

Before founding Post & Post LLC, Ben served as the co-chair of the Professional Liability Department of Post & Schell, PC for five years. Ben has also advised legislators on the need and mechanisms for tort reform, and was the first defense lawyer in the area to call for changes in medical malpractice legislation. Ben's clients include The Geisinger Medical Center, The Children's Hospital of Philadelphia, The Crozer-Chester Medical Center, Grand View Hospital, and many other physician-oriented companies and health care providers in Philadelphia.

Ben was featured in Medical Economics magazine in an article entitled, "Medical Malpractice from a Different Perspective - The Jury's". The article detailed a medical malpractice case that Ben successfully tried to a defense verdict.

IN ADDITION, BEN HAS LECTURED EXTENSIVELY ON THE FOLLOWING TOPICS:

BEN HAS PUBLISHED ARTICLES AND HAS BEEN QUOTED IN RECOGNIZED PERIODICALS ON:

BEN IS THE AUTHOR OF: