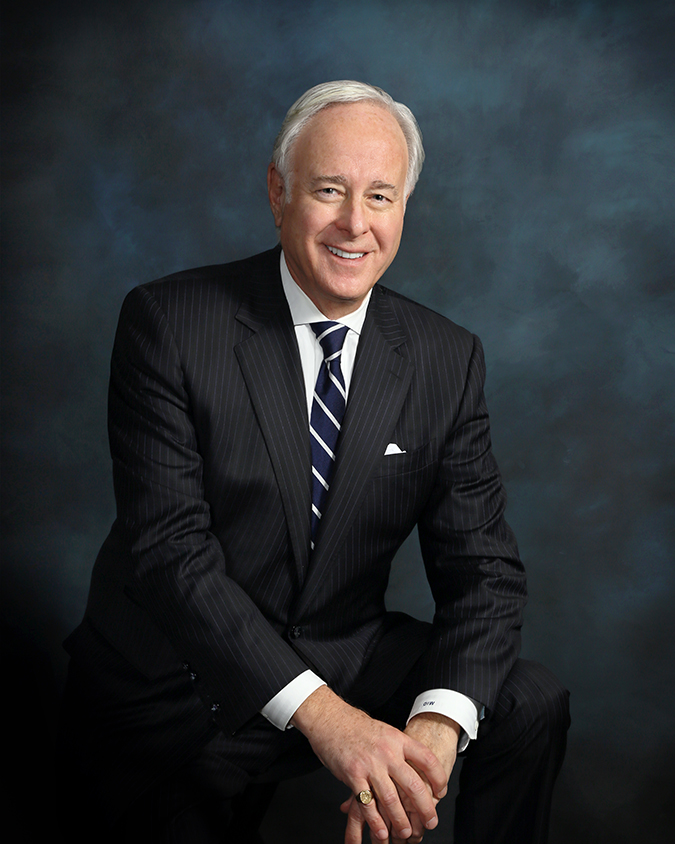 Mr. Wilenchik has been a nationally certified civil trial advocate by the National Board of Trial Advocacy for over 30 years.  He has actively practiced as a civil and criminal trial attorney for 40 years and handled numerous high profile cases and been a national lecturer in various topics at legal seminars throughout.

Among his many other activities he has served as the former Chairman of the Arizona Bar Association Trial Practice Section, and is a current co-chairman of the American Bar Association Trial Practice Committee’s Sound Advice Committee. He was President of the Young Lawyers Section of the Maricopa County Bar Association, Secretary of the State Bar of Arizona Civil Rules and Practice Committee, a Judge Pro Tem of the Maricopa County Superior Court, a member of the Superior Court of Maricopa County Civil Study Committee, selected by Arizona’s U.S. Senators as a member of the Committee to recommend the federal judges of the Arizona District, appointed by the Governor of Arizona to the Advisory Board of the Arizona Department of Real Estate Advisory Board and the Physical Therapists Licensing Board as well as the Naturopathic Physicians Board, Board Member of the Arizona Bar Journal, and Chairman of the County Bar Judicial Evaluation Poll Committee. He has contributed to a national publication on evidence focusing on Arizona law, and concentrates his practice in the areas of civil litigation and trial work.    He has tried over 150 jury trials in both federal and state court.  He has been lead trial counsel in cases in which he has recovered multimillion dollar awards including punitive damages and defended large and small corporations. He participated in what was then the state’s largest fraud action on behalf of the former Greyhound Financial Services Corp., and has defended cases for the family of a U.S. Senator,  the former Attorney General of the State of Arizona Grant Woods, in an investigation by the Maricopa County Attorney’s Office, another Attorney General Tom Horne in various campaign violation claims including representing him in the Arizona Supreme Court and currently in a case against the Yavapai County Attorney’s Office for malicious prosecution. He represented the former Maricopa County Attorney Andrew Thomas in various cases as well as Sheriff Joe Arpaio, including the nationally publicized criminal contempt case against him in federal court and a presidential pardon. He has represented the Arizona Secretary of State, Michele Reagan, and recently was asked to represent the current Attorney General Mark Brnovich in a suit against various individuals including Tom Steyer, the California billionaire, for defamation in connection with the Proposition 127 campaign ads. He also represented the current CEO of NASA, then the State Treasurer, Jeff DeWit, in the Arizona Supreme Court last year. Dennis is also now general counsel for the Arizona Republican Party. He also represents many prominent lawyers and businessmen.

Mr. Wilenchik began his career after graduating from the South Texas College of Law in Houston, Texas by serving as an extern at the Arizona Supreme Court, and then served as a bailiff for the then Presiding Criminal Judge of Maricopa County, before beginning his active legal career as a Maricopa County Deputy County Attorney, handling criminal prosecutions and special operations. He was the only person hired by that Office that year, breaking a hiring freeze in doing so by then County Attorney Charles Hyder. Upon leaving that office a few years later, he became an associate and then senior partner and head of Litigation for the 45 lawyer firm, Storey & Ross, that merged into the Phoenix office of the international firm known as Squire, Patton Boggs, where he co chaired the Litigation Department in Phoenix before leaving and later founding Wilenchik & Bartness, P.C. in 1991. At each of these firms, his practice focused on litigation in real estate, construction defense, title insurance, banking and commercial matters as well as some white collar criminal cases and investigations. He was also appointed a Special Investigative Counsel by Maricopa County to investigate a local paper, The New Times involving their activities.  Mr. Wilenchik continues to regularly speak at numerous legal seminars, on the topics of trial preparation and presentation.

Mr. Wilenchik is 66 years old with no plans of retirement. He resides in Paradise Valley, Arizona, and has had residences in New York City, and East Orleans Massachusetts and currently a home in Flagstaff Arizona where he regularly resides on weekends. He lives with his fiancée, Bonnie Conrad, and is divorced with two adult children, both of whom are lawyers. His former wife was his law partner, Becky Ann Bartness, who now resides in Virginia. He regularly attempts to play golf and tennis and is a member of the Phoenix Country Club, University Club and Forest Highlands Golf Club. He enjoys a good cigar with friends and reading when he can find the time.  He has two dogs.