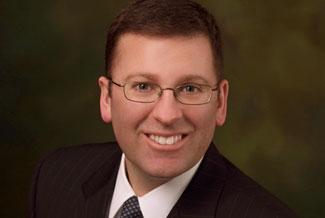 John P. Morgenstern is a shareholder at Deasey, Mahoney & Valentini, Ltd. in Philadelphia where he investigates and defends matters involving class actions, professional liability, civil rights, and  employment law. He is also particularly versed in insurance coverage matters. He has earned the rating of AV Preeminent, the highest possible rating in professional and ethical standards from Martindale-Hubbell® each year since 2015, and is extremely honored to have been named among America’s Top 100 Civil Defense Litigators in 2019.

John's clients routinely benefit from his unique experiences while serving as a Captain on active duty with the U.S. Army's Judge Advocate General's ("JAG") Corps. As a service member with the V Corps based in Heidelberg, Germany, John deployed to Iraq during OPERATION IRAQI FREEDOM. He also deployed to the Balkans in support of NATO peacekeeping operations in 2005. John served as the Officer in Charge of the Patton Legal Center, Part-Time Military Magistrate, Chief of Claims, Administrative Law Advisor, and Ethics Counselor to the V Corps command group, and as lead prosecutor in numerous criminal jury trials and other court proceedings involving American service members throughout Europe and the Middle East.

During his service in the JAG Corps after 9/11, John was awarded the Bronze Star Medal in Iraq,  a NATO Commanding General’s Commendation in the Balkans, and the U.S. Meritorious Service Medal in Germany, among other military awards and recognitions.

Based on his experience and training, John authored The Interrogators’ Guide to Depositions, Investigations, and Discovery: What Civil Trial Attorneys Can Learn from the World’s Best Interrogators, which was published in June 2018 and is available at all major booksellers.

John is an avid runner and has completed full marathons in Rome, Paris, Dublin, Washington, DC and Philadelphia, in addition to several shorter distance races and triathlons. He lives in Wilmington, Delaware with his wife and their two children.

•Accredited by the Department of Veterans Affairs

•Rated AV Preeminent by Martindale-Hubbell each year since 2015

•The Order of Barristers, inducted May 1997

•The Interrogators’ Guide to Depositions, Investigations, and Discovery: What Civil Trial Attorneys Can Learn from the World’s Best Interrogators (Archway Publishing 2018)

•Strategic Use of the Motion to Dismiss and Preliminary Objections, Pennsylvania Defense Institute Continuing Legal Education, May 17, 2007

•Observations from Behind the Wall in Iraq, International Human Rights Lecture, University of Pennsylvania School of Law, April 3, 2006

•Dolfman v. Cedar Fair et al., U.S. Court of Appeals for the Third Circuit, No. 15-2695 (May 4, 2016) (involving legal causation and the accidental death of a foreign exchange student)

•In Re Catholic Diocese of Wilmington, Delaware (litigation in several state and federal courts involving decades of alleged sexual abuse

•Dunlap v. Ridley Park Swim Club, 133 A. 3d 64, 2015 WL 6667763 (Pa. Super. Ct. 2015) (settling joint tortfeasor against whom another defendant proves fault at trial must be included on the verdict sheet for the jury to determine pro rata share of liability)