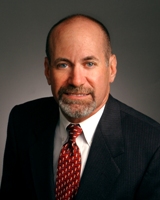 Since 1992, Stuart has been Board Certified as a Civil Trial Lawyer by the Florida Bar. Certification is the highest level of recognition by the Florida Bar of the competency and experience of attorneys in the areas of law approved for Certification by the Supreme Court of Florida. Only 4,600 of Florida’s approximately 100,000 lawyers are board certified and, of those, only 1,050 are certified as Civil Trial Lawyers.

In  1994, he became  certified as a Civil Trial Advocate by the National Board of  Trial  Advocacy (NBTA). NBTA certification is a credential above and beyond a   license to practice law. Lawyers certified by the NBTA possess an  enhanced  level of skill and expertise in trial advocacy and have  demonstrated integrity  and dedication to the interests of their  clients. For the past twenty years, Stuart  has been awarded an AV Preeminent  rating, the highest possible peer rating for  both legal ability and ethical  standards, by Martindale-Hubbell, a nationally  recognized  and authoritative source on the legal profession.

Stuart is also a member of the American Board of Trial Advocates (ABOTA). His member status is that of an “advocate” which status is based on the number of jury trials he has tried. Membership in ABOTA is extended by invitation only in recognition of an individual’s high personal character, honorable reputation and proficiency as a trial lawyer. Members generally are considered the nation’s elite litigation practitioners, and must meet standards for number of years of practice and number of cases tried to conclusion.

Stuart was again selected, in 2019, to be a Florida Super Lawyer by his peers in the legal community. Super Lawyers are nominated annually in each participating state or region by all active lawyers who have been in practice for five years or more. These lawyers were invited to select the best lawyers they’ve personally observed in action. Only five percent of the state’s attorneys were selected as Florida Super Lawyers this year. Stuart has been awarded this distinction every year since 2007. In 2017, Stuart was again honored to be named to the list of the top attorneys  in the Tampa Bay area by Tampa Bay Magazine .

In 2017,  Stuart was awarded lifetime membership in America’s Top 100 Attorneys. Membership is limited to the Top 100 professionals from each state in each category of practice who best exhibit excellence and the highest ethical standards in their respective professions. With these high standards, less than 0.5 % of professionals in the United States are selected for membership as one of America’s Top 100 in their profession. Also in 2017 Stuart was certified as a member of The Lawyers of Distinction in the category of civil litigation. The Lawyers of Distinction is recognized as the fastest growing community of distinguished lawyers in the United States.   Membership is limited to the top 10% of attorneys in the United States.  Members are accepted based upon objective evaluation of an attorney’s qualifications, license, reputation, experience, and disciplinary history.

From 2007 to 2014,  Stuart was  a member of the adjunct faculty of Stetson University College of Law where he taught Trial Advocacy. Stetson has been consistently ranked by U.S. News & World Report among the top law schools in the nation for Trial Advocacy.

Stuart and his firm are members of the Claims and Litigation Management Alliance (CLM), a nonpartisan alliance of law firms, insurance companies, and corporations whose goals include the promoting and furthering of the highest standards of litigation management in pursuit of client defense. Attorneys and law firms are nominated to the CLM based upon reputation and may become members by invitation only. Stuart serves in the CLM on the Insurance Coverage Litigation committee.

Before joining the firm, Stuart was an Assistant Public Defender in St. Petersburg, Florida, during which time he tried in excess of 50 felony jury trials. Stuart then joined Nationwide Insurance Company as Staff Counsel serving the Tampa Bay Area.

Since joining the firm he has been actively representing his firm's clients through trial in both State and Federal Courts. Stuart has handled a wide variety of cases including serious personal injury and wrongful death, premises liability, construction defects involving multi-million dollar projects, insurance coverage, bad faith, toxic torts including silica and asbestos, condominium liability, and products liability cases. During that time, Stuart has also personally represented the interests of his clients by handling their cases in the Florida appellate courts.