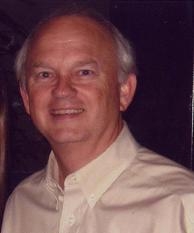 Trey Yarbrough is a trial attorney, who was born in 1952 in Houston, Texas, and practices law in Tyler, Texas, specializing in civil and commercial litigation.

Law Practice.  Mr. Yarbrough has forty-two years of active trial experience, beginning in 1978 as an associate with Ramey & Flock, P.C. and later as a partner in the firm of Conner, Gillen, Yarbrough and Anderson, P.C.  On October 1, 2000, he established his own firm and continued to practice civil litigation in state and federal courts throughout the Eastern District of Texas, and outside the district.  Effective January 1, 2008, he merged practices with another experienced trial attorney, Trip Wilcox, to form Yarbrough Wilcox, PLLC.  Mr. Yarbrough is licensed to practice before the state courts of Texas, the United States District Courts for the Eastern, Northern, Southern, and Western Districts of Texas, the Eastern District of Arkansas, the Fifth and Eighth Circuit Courts of Appeals, and the United States Supreme Court.  He maintains an “AV Preeminent” rating with Martindale-Hubbell and has been included in the designation of “Super Trial Lawyers” in civil litigation by Texas Monthly.  He completed forty hours of mediation training and was certified as a mediator in state and federal courts by the National Mediation Academy on March 30, 2003.

Trial Experience.  Throughout his career, Mr. Yarbrough has specialized in civil litigation, serving as lead counsel in a wide range of cases in district courts throughout East Texas, as well as state district courts in Houston, Dallas, and Austin.  He has also served as lead counsel in federal court in the Eastern and Northern Districts of Texas, and the Eastern District of Arkansas.  He has represented clients in appeals before the Twelfth and Tenth Courts of Appeals in Texas, the Texas Supreme Court, the Eighth Circuit Court of Appeals, and the United States Supreme Court.  Areas of the law in which he has significant trial experience include, among others, breach of contract and warranty, consumer protection, negligence and product liability, wrongful death, insurance and business litigation, employment disputes, defamation, civil rights, breach of fiduciary duty, estate contests, trademark infringement, and premises liability. He has also served as local counsel on behalf of numerous companies in patent infringement litigation in the Eastern District of Texas.

A few examples of his representation include the successful defense of a multi-million trademark infringement action before three different juries over a period of twenty years in federal district court in Arkansas (which involved multiple appeals to the Eighth Circuit and argument before the United States Supreme Court); the successful defense of a highly charged defamation suit against an NBC affiliate in Tyler, Texas which was upheld on appeal through the Texas Supreme Court; the successful prosecution and defense of several civil rights actions in the Eastern District; the successful prosecution of a patent infringement suit in the Eastern District of Texas on behalf of a Texas company, which was affirmed on appeal by the Federal Circuit; and the successful defense of a nursing home chain in a discrimination suit brought by multiple plaintiffs.  He has tried hundreds of jury and non-jury cases through his career.  References are available upon request.

Professional Organizations and Associations.  Mr. Yarbrough is a member of the Smith County Bar Association, the State Bar of Texas, the College of the State Bar of Texas, the invitation-only American Board of Trial Advocates, and the Honorable T. John Ward American Inns of Court.  He is also a Trustee of the Smith County Bar Foundation and Life Fellow of the Texas Bar Foundation, and has served as a member of the District 2A State Bar Grievance Committee.

Personal.  Mr. Yarbrough has served as President of the Board of Trustees of All Saints Episcopal School in Tyler, and as a member of the Board of Trustees of the Episcopal Theological Seminary in Austin, Texas and the University of the South in Sewanee, Tennessee.  He currently serves as a mentor in the Tyler Mentoring Alliance Program.  He is an active member of Christ Episcopal Church in Tyler, where he has served on the Vestry, as Senior Warden and a Lay Eucharistic Minister, and as a delegate to Diocesan Council and General Convention.  He regularly teaches adult education and formation.  He and his wife, Paula, have two adult children and two grandchildren.