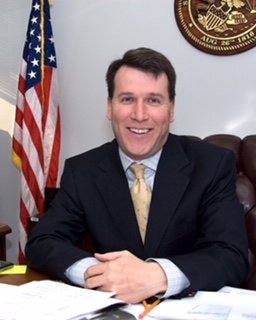 WILLIAM JOHN QUINLAN is currently a member in The Quinlan Law Firm, LLC, a litigation boutique that handles significant business disputes throughout the State and Federal Courts across the County.  From 2005 to 2008, Quinlan served as the General Counsel of the State of Illinois and, as such, oversaw all legal matters within the State Agencies as well as approximately the 300 attorneys under the auspices of the Governor.  Quinlan has also served as a partner in the litigation boutique of Quinlan & Carroll, Ltd.  Prior to joining Quinlan & Carroll, William J. Quinlan was an associate in the litigation department at Gardner, Carton & Douglas, a 200-lawyer full service firm based in Chicago, Illinois.  Prior to joining Gardner, Carton & Douglas, Mr. Quinlan spent three years as a staff member of the Ways and Means Committee of the United States Congress.  While a member of Ways and Means’ staff, Quinlan worked on the development and implementation of such issues as National Health Care, Social Security reform, and the North American Free Trade Agreement.

Before joining the Ways and Means Committee staff, Quinlan served as a member of the Appropriations Staff of Illinois House Speaker, Michael J. Madigan, where he analyzed and reviewed the budgets of all State agencies, presented those budgets to the various legislative Committees, and assisted in their passage before the General Assembly.

As an attorney, Quinlan represented Cook County Clerk David Orr before the Circuit, Appellate, and Supreme Court of Illinois in a challenge to an Illinois statute authorizing a voter’s right to cast a straight party vote.  Quinlan also has represented the Democratic National Convention Committee in litigation related to the 1996 Democratic National Convention.  While at Quinlan & Carroll, Quinlan has been involved with litigation related to challenges to the constitutionality of various state statutes under the Illinois Constitution, such as statutes related to the Illinois Regional Transportation Authority Act and redistricting of congressional and judicial districts.  Quinlan and his firm have also represented and assisted Cook County and its officials with compliance and implementation of the Shakman Decree which was instituted by the United States District Court for the Northern District of Illinois.

Quinlan received his J.D. from Georgetown Law School in 1995, where he served as a member of the finance committee which was responsible for administering the school’s $44 million annual budget.  While at Georgetown, Quinlan also served as the Notes and Comments Editor of the Georgetown Immigration Law Review.   He received his B.A. in Political Science from the University of Illinois in 1992, where he was a James Scholar.

In 2001, the Assembly of the Illinois State Bar Association elected William John Quinlan as a Delegate to the ABA House of Delegates, where he served for two terms.  Quinlan also served as a Board member of the Irish Fellowship Club of Chicago.

In 2003, Quinlan was named by the Chicago Daily Law Bulletin as one of its “Forty Under Forty Attorneys to Watch.”  In 2005, Crain’s Chicago Business also honored Quinlan as one of its “Forty Under Forty” business leaders in Chicago and in 2005-6, Quinlan was featured as a “Rising Star” by SuperLawyers and is presently designated a Superlawyer by Law and Politics magazine.   Quinlan was also selected as a fellow of the American Bar Foundation, a distinction reserved for only the top one third of one percent of all legal practitioners in America.

Quinlan currently serves as a member of the Uniform Law Commission, which is comprised of prominent judges, legislators, scholars and attorneys to draft uniform laws for implementation throughout the county. Quinlan also serves on the nine-member Illinois Supreme Court Historical Preservation Committee.