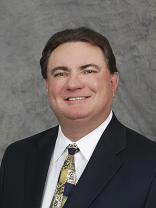 Mr. Jamison is one of the six founding shareholders of Harris, Karstaedt, Jamison & Powers, P.C. He brought with him years of experience and the vision to create a law firm that is responsive to each individual client's litigation and economic goals. Currently his practice concentrates on the following areas: insurance defense matters (including professional liability cases), bad faith, wrongful death, general liability, and the defense of large self-insured clients.

From 1979-1981, Mr. Jamison was a law clerk to The Honorable Gaspar F. Perricone in Colorado's 1st Judicial District. From 1981-1987, Mr. Jamison represented Colorado's largest hospital system in their malpractice and general liability matters. From 1987-1994, Mr. Jamison was employed by a large insurance defense firm where he focused on representing insurers and their insureds in professional liability matters. While at that firm he and Mr. Powers co-founded the fraud and suspicious claims unit.

Since 1994, Mr. Jamison has represented several insurers and their insureds in general liability matters. He also represents Federal Express, Lancer Insurance Company and Knight Transportation in their trucking matters. Mr. Jamison is a member of the Trial Attorneys of America, a group of attorneys that regularly represent product manufacturers.

Areas of Practice for Mr. Jamison include:

Mr. Jamison has defended numerous cases involving fires which have allegedly included oil and gas separators, spilled accelerants near vehicles, electrical fires, cables and lashing wire which allegedly can spark and cause fires.