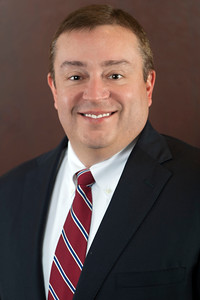 Specializing in defense litigation, Nathan Edmonds has successfully defended corporate and private clients at trial in courts throughout the State of Michigan.  Mr. Edmonds has been in practice for over 20 years and is well-experienced in defending clients in all aspects of motor vehicle litigation, including first party, third party, uninsured and underinsured motorist litigation. He is highly skilled in representation of clients in matters surrounding automobile insurance fraud.  Mr. Edmonds is very accustomed to working closely with fraud investigators to obtain the best possible results for his clients.

In addition to defending clients in the courtroom, Mr. Edmonds is avidly committed to informing his clients and colleagues of recent developments in his areas of expertise. He has conducted seminars on the topics of No-Fault Attendant Care Claims and No-Fault Reservation of Rights Issues. Additionally, he has authored several articles for the Firm's Automobile Negligence publication.

Mr. Edmonds was named in dbusiness magazine to the list of Top Lawyers for 2011, 2013, and 2014. He has received an AV Preeminent® Peer Review Rating by Martindale-Hubbell and was named to the list of Michigan Super Lawyers for 2014-2017. He has also been listed in the 2014 and 2015 Super Lawyers Business Edition in the area of Personal Injury Defense-General. Nathan Edmonds was named to the dbusiness magazine list of "2018 Top Lawyers in Metro Detroit" in the Construction Law category.

Prior to joining the firm in 2002, Mr. Edmonds worked at the Michigan Court of Appeals, Grand Rapids Office, and as Counsel for Farmers Insurance Exchange.

Mr. Edmonds is a member of the following associations: